WHAT ARE OUR CLIENTS SAYING?

Enozo bottles are a great addition to our school district in the fight against germs. Enozo bottles also provide us piece-of-mind for the safety of our students not being exposed to harsh toxic chemical. The students refer to the Enozo Technology as "The Magic Bottle".
Bob ReillySupervisor of Custodial Services & Events Southeastern Regional Vocational Technical School District
Enozo is a fantastic product...it's possibly a game changer in this industry replacing sanitizers, all purpose cleaners and degreasers at once with the safest liquid (drinkable water). After trial testing at our restaurant, I was convinced so we went ahead and purchased Enozo spray bottles for the kitchen and front-of-house staff. I strongly recommend this product!
Mamoru ShodaOperations Director Benihana UK
Enozo came into our lives at St. Johns Wood Care Centre in March 2020. It has transformed the lives of our residents and staff. Can you imagine a cleaning product that only uses ordinary tap water! No chemicals to cause those carbon footprints and create a safe environment. We now have a cleaner care home for our residents. Enozo works like magic and it reduces the bills too. I would not hesitate to recommend this wonderful product.
JacquiManager at St. Johns Wood Care Centre
I love my Enozo so much! I use it all over my house and haven't had to buy any other cleaning products in months!
Tracy Y.Google Review
No chemicals involved, just water so it's easy-to-use...So impressed we bought another two for use in a rental property. We think it's a no-brainer so we are buying another two for the family.
Ashley C.Amazon Review
I got the PRO model. I wish someone would've told me about this sooner. No need for those harmful spray cleaners that smell awful and I get to help the environment in the process.
Mike C.Google Review
Previous
Next

I came upon Enozo in 2019 and, being a pessimist, looked at the product and thought no way could this work. In Pueblo, CO, powdery mildew is one of the most common problems we deal with. It’s a non-stop fight to kill it and keep it away. Finding the right product to combat powdery mildew is a nightmare – especially given the list of acceptable products allowed that do nothing. I’ve used GreenClean in the past. In the three years of commercially growing, I’ve never had a harvest that didn’t at least slightly have powdery mildew problems.

After taking the leap of faith and trying Enozo, I can tell you my mind was blown – not one speck of powdery mildew in the entire harvest. Not only did the plant have no powdery mildew, but we had no bug problem or infestation at all. The plant got to grow to its full potential. One of the best parts of using Enozo is being able to sell the product as the cleanest flower possible. Dispensaries and clients alike love hearing that because 99% of flower smoked is going to have some sort of combative foliar done. This is a product that will be used regularly in my grow from here on out! 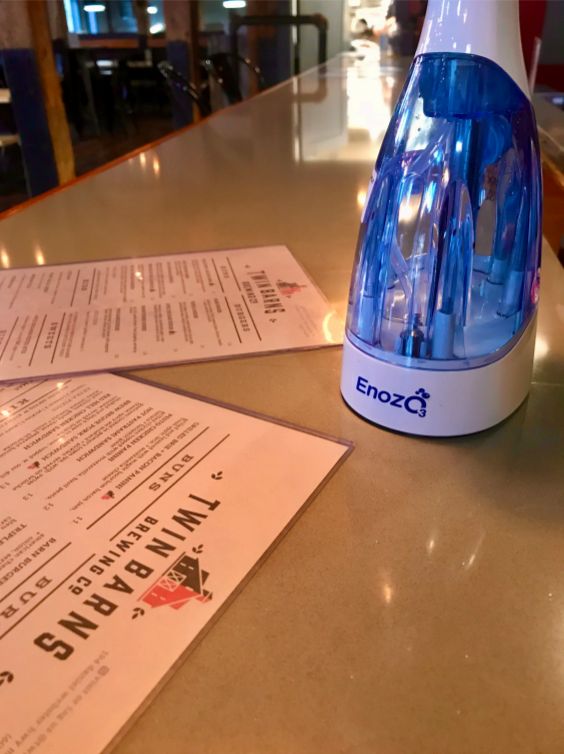 Gerry, I have been a server and have done general maintenance at Twin Barns Brewing Company since its beginning in July of 2019. You approached us in the spring of 2020 with the Enozo Ozone Water system. Although all of the servers tend to use Enozo for table wipe-downs and general sanitation, I have tried to concentrate on using it exclusively whenever I clean. Keeping it charged and filled with plain tap water, I noticed customers looking at the intriguing package design which spawned conversation to its attributes.

While reading up on the virtues of ozone cleaning per your encouragement, I’ve found mountains of positive feedback and data pointing to the right direction that Enozo provides. Though I am not a scientist or technician when it comes to understanding the fine details of this system, I can tell you I feel very assured that it is cleaning surfaces better than any other chemical treatment that we have used or I have scene in my life.

In a restaurant atmosphere, this is a major deal as we have all come to realize during this Covid19 outbreak. I can feel reassured that I am providing the best defense against the spread of this contagion to our values clientele. And I know the owners agree that using this product is a step in the right direction for customers as well. I hope that these words help describe to your future customers how well the Onozo system works for all.

Here at Rugfest Towers, me and the missus have got rid of most of the kids and you would think as a result we enjoy the spotlessness that a 2 adult home can bring – There is however a nuanced difference between getting rid and never seeing and as is the want of the trusty millennial, their ability to be at home increases by the amount you think they have left. Add to that, that for the missus to compensate herself for the loss of her “babies”, we have added to the household with the addition of dogs (furry, smelly not widely house trained, two for the enjoyment of). Why am I telling you this you may well wonder? Well it is simple – It means the Towers as well as the trusty chariots (of which there are often 4 lurking about) are usually and undeniably cleanliness challenged.

We were incredibly lucky therefore to get to test out the EnozoPro – a sparklingly great product from GreenTeck Global. Having already put their Ozone air freshener through its paces and been stunned by it’s effectiveness we were expecting great things. But our suspicions were greatly raised when the product turned up with outstanding claims of cleanliness and bacterial massacre, only to find a rechargeable hand held spray that had the initial ingredient of Adam’s finest ale. What trickery was this ?  Not knowing whether this was Cardini or Cooper we put the EnozoPro to task.

Starting where others fear to tread, the first task would be very demanding and was to clear up after the dogs had had a hard days night in their sleeping zone !! surely no amount of magic water would deal with this we thought but with trusty spray and cloth it stopped being a big jobbie and quickly things returned to normal.

Motivated by this example other tasks fell victim to the spray and cloth team – work surfaces lost their grime and the seemingly endless toothpaste covered surfaces in the bathroom took on a whole new look – the bath , shower screens, coffee tables – surely not the cooker ?? and none with that slightly waxy look and feel that normal cleaners give.

The same goes for the car where certain dashboards can now be seen from under a decade of MaccyDee’s coffee stains and as for windows ? – you can now see in and out through desmeered glass in cars and the Towers alike. Yep this nifty magician has literally cleaned up. Surely this could not continue, but having only charged it twice in the first 6 weeks we have had it, this handy little device has literally meant we have bought no cleaning sprays (window, bathroom, kitchen, car, general ….) and just used the “thingy”. Thingy you may ask? well we really haven’t known what to call it – EnozoPro is never gonna work, so in the absence of anything else, the cry of “oho grab the thingy !” often rings out around the corridors of this crumbling pile.

The “thingy” is simply mindboggling in its efficiency and whether it is magic or science I care not – I can clean everything with a thingy full of water … That’s great in my books.

We utilize the Franke X1 on 63 of our ice and water dispensers throughout the hospital. We do this as an additional line of protection for our patients and staff. Since we have been using them, there has been a considerable drop in bio growth in the ice and water dispensers. That has led to less down time, and less time spent performing our maintenance on the equipment. From my knowledge, we have not had a positive test of legionella in our ice and water dispensers since the use of the X1. We also use the spray bottles as the last step to our cleaning and disinfecting process. We coat all the surfaces that would come in contact with the ice with the ozone spray to be sure we have done our very best for our patients.  It is a very important part of our program.

– Scott Olsen
Hospital system in the state of Washington

This handheld device that only uses electricity and water is an excellent tool in eradicating. harmful germs from surfaces. It has the added benefit of not requiring any COSHH restrictions, which is rather useful and good for safe use throughout the home. I have kept my home free from Covid-19 ever since the outbreak, and in part, this is because of our early systematic use of GreenTeck Global equipment. 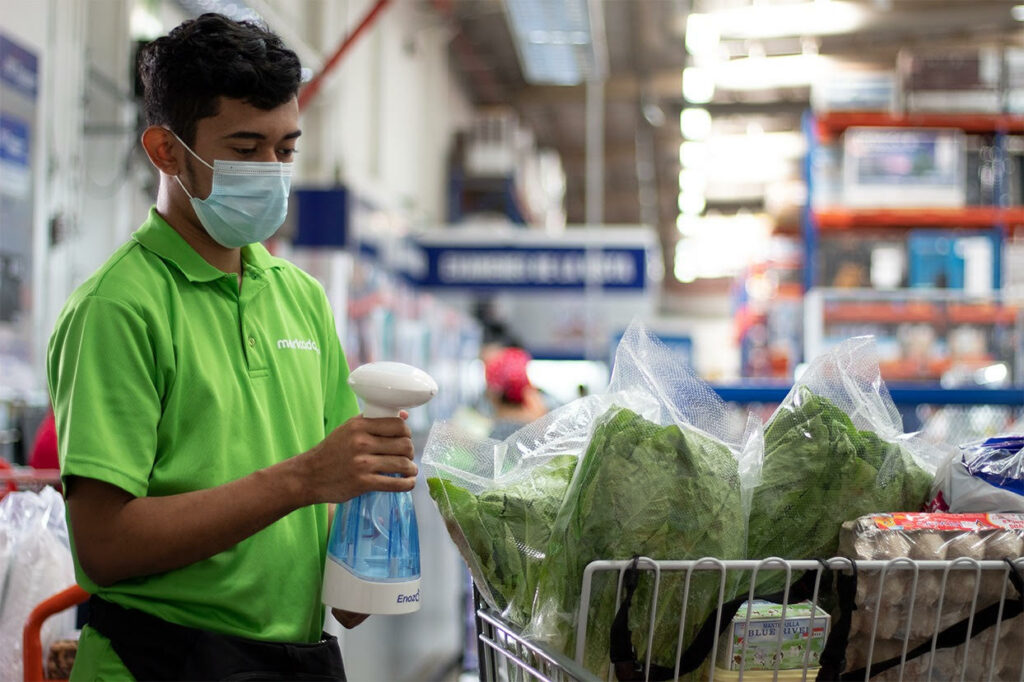 At Merkadoo.com we wanted to trust a brand that allows us to sanitize the products we deliver to our customers offering security to mitigate the spread of the virus, among several options, we chose Sentio that offered us Enozo technology. We are happy with this system as we can quickly and easily disinfect orders before entering our customers’ homes. 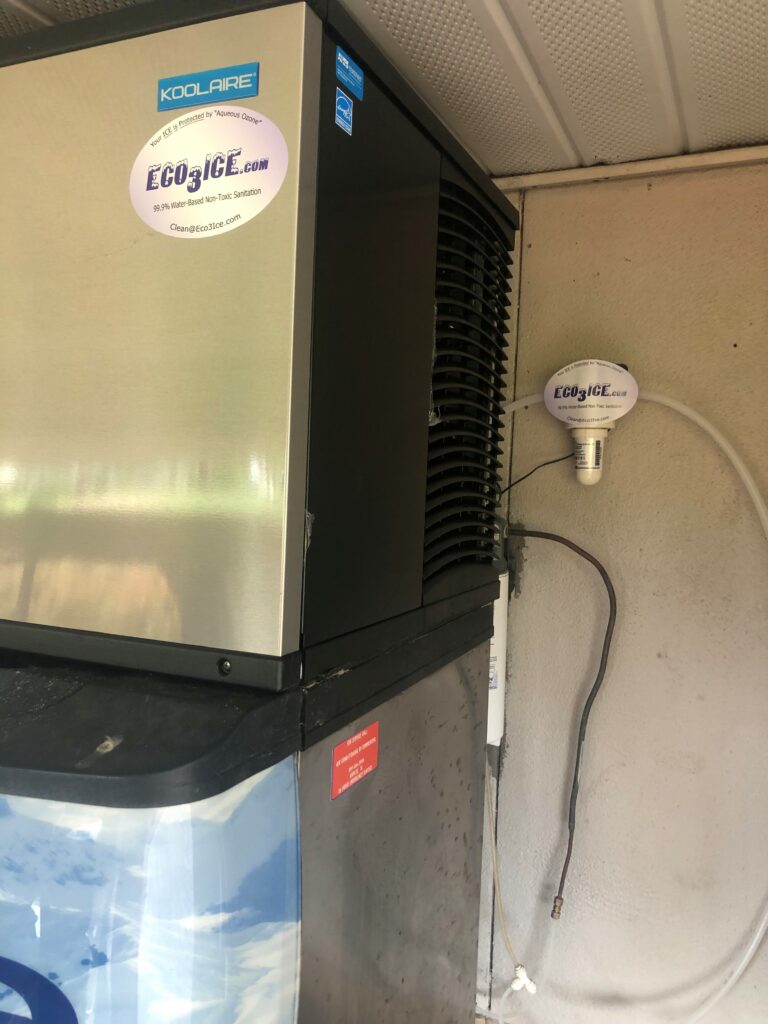 “Our Club is proud to be the first SWFL to upgrade our Ice Machines using Eco3Ice. We are firmly
committed to the health of our members, guests and staff. We know that adding Eco3Ice for ice machine
sanitation will improve our already aggressive suite of tools we use to daily protect everyone at the Club
and on the course!”

“I’ve always been concerned on what happens to our ice machines out on the course in the extreme FL heat and humidity. We know that we get much more mold buildup than the ones in our Clubhouse. With Eco3Ice, we finally have an economical solution to improve ice machine sanitation and effectively eliminate mold buildup and germs.” 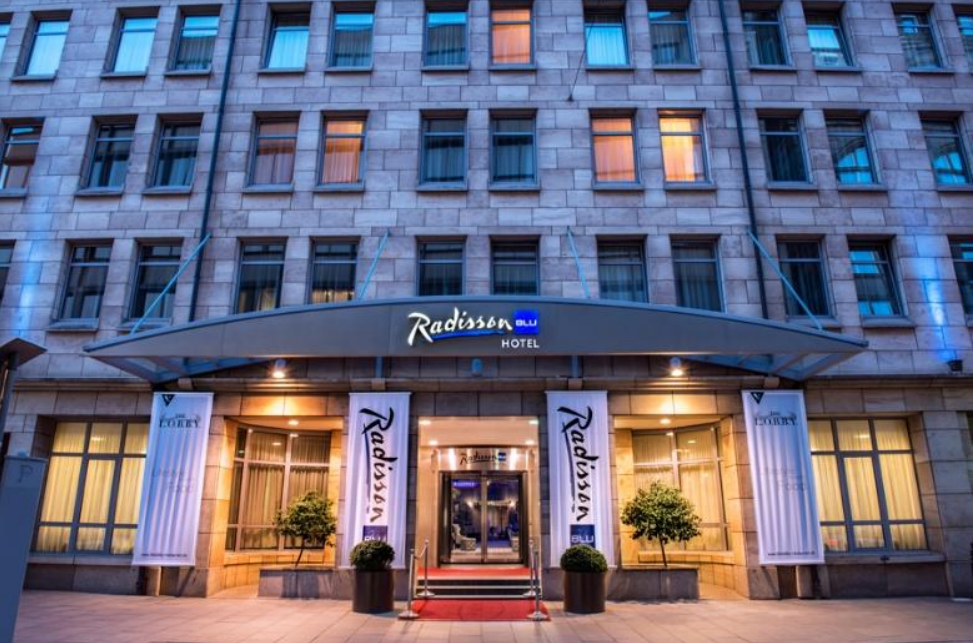 “Sustainability is one of our key priorities and with Enozo we are able to reduce chemicals significantly same time it is easy to use and more healthy for our team members. The results are excellent, which is key for our guests particularly in the current situation..” 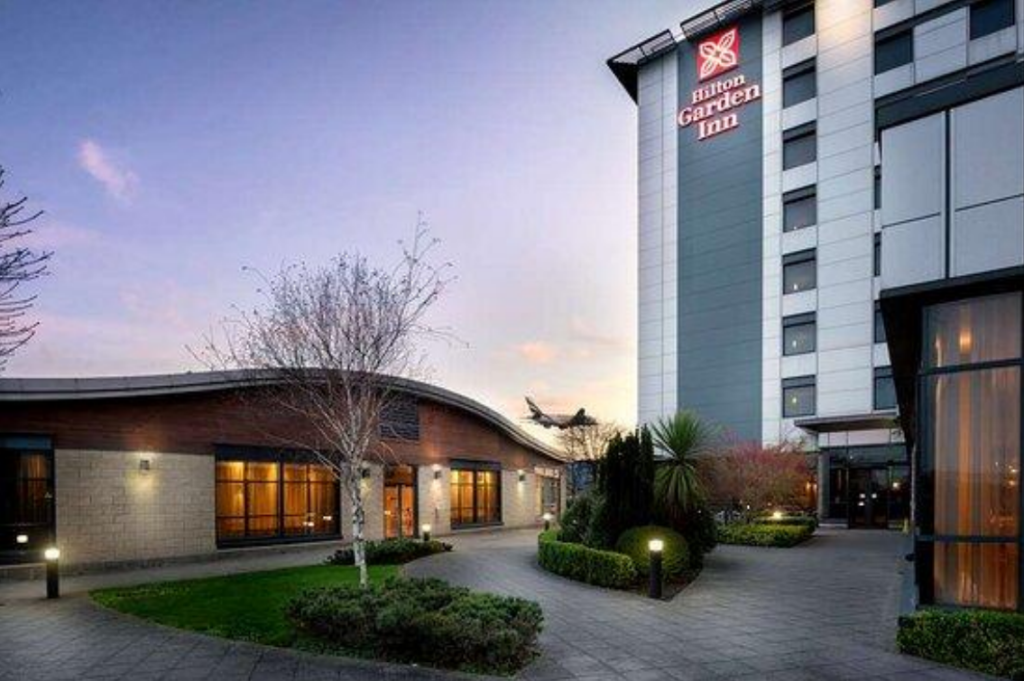 “We have been working on various sustainability projects and always had an aspiration to reduce the amount of chemicals we use, we trialed different solutions but chose Enozo because of its simplicity and effectiveness. When we did the trial with Enozo the feedback from our team was excellent and the cleaning results were as good or better than the chemicals”